Football is one of the most well-known and widely-played sports in the world. Also known as soccer, football is played between two teams of 11 players using a spherical ball. The game of football lasts for 90 minutes. In this article, I show the top 10 highest-paid footballers in the world in 2022. Let’s read down together.

Below here is a list of the top 10 highest-paid footballers in the world in 2022:

Kylian Mbappe is the number one highest-paid football player in the world. He has succeeded in dethroning Messi and Ronaldo who have held this position for over a decade. Mbappe is a French football player who plays as a striker for France’s national team and Ligue 1 club Paris Siant-Germain. He made his football career debut at the age of 16 in 2015. Mbappe has received several awards including the Golden Boy Award, Ligue 1 Youngest Player of the Year, Ligue 1 title, and highest goal scorer, among others.

With a total earning of $120 million, Cristiano Ronaldo ranks 2nd place among the top 10 highest-paid footballers in the world. Ronaldo is a Portuguese football player who is the captain of the Portugal national team. He plays forward for the Serie A club, Juventus. Ronaldo is well-known as one of the best players of all time.

Ronaldo has gained several awards including 5 Ballon d’Or Awards, 4 European Golden Shoes, 32 major trophies, and 7 league titles, among others. Also, he has a record of 134 goals with a lifetime contract worth $1 billion.

Lionel Messi an Argentine professional football player, is also among the top highest-paid footballers in the world. Messi is the captain of Argentina’s national team and a forward for Ligue 1 Club Paris Saint-Germain.

Messi spent his entire professional football career at Barcelona, where he won a club record of 35 trophies, 6 European Golden Shoes, 6 Ballon d’Or awards, and 6 Premier League titles. Aside from Messi’s football career, he has endorsement deals for telecoms, watches, sports drinks, and video games, among others.

Neymar da Silva Santos Júnior is the full name of the football star, Neymar. He is a Brazillian football player who plays forward for the Brazil national team and the Ligue 1 club Paris Saint-Germain. Neymar made his professional football debut at the age of 17. Neymar is one of the most well-known athletes who serve as an inspiration to many people worldwide. He is the second-highest goal scorer for his country’s squad, Brazil.

Mohamed Salah is a forward for Premier League club Liverpool and heads the Egypt national team. He is famous as one of the best players in the world and is renowned for his finishing, dribbling, and pace. Salah was born in Egypt and ranks 5th among the top 10 highest-paid footballers in the world.

Salah changed his position from a natural winger to a forward. He has scored 32 goals in 36 league games during his debut football career. Also, Salah has won the Premier League Golden Boot, among other awards.

Eden Michael Hazard is a Belgian football player who plays the role of attacking midfielder and left wing. He is popular as one of the most technically-sound players and is known for his speed, technical, passing ability, and creativity. Hazard is also ranked as one of the greatest footballers of all time.

Hazard began his football career while playing for the Belgian youth team. In 2008, he made his first professional football play for Belgium in a game against Luxembourg. Eden Hazard has received several awards including the UNFP Young Player of the Year trophy, FIFA Ballon D’Or, and many others. He has endorsement deals worth $2.5 million.

Andres Iniesta comes in 7th place in the long line of the highest-paid footballers in the world in 2022. He is a Spanish footballer who plays central midfield for Vissel Kobe, a Japanese football club. Iniesta is regarded as one of the greatest footballers and midfielders of all time.

Iniesta made his football debut in a senior team on May 15 in a friendly match against Russia. On February 7, 2007, he scored his first goal against England in a friendly match, helping Spain to qualify for UEFA Euro 2008. Iniesta is one of the most awarded Spanish footballers of all time. He has won several awards including the La Liga Best Spanish Player, UEFA Euro Team of the tournament, Best Attacking Midfielder, FIFA World Dream Team, Golden Foot, etc.

Raheem Sterling is a Jamaican-born footballer who plays for Manchester City and the England team. He plays the role of a winger and attacking midfielder. Raheem has represented the 3 Lions in different youth divisions. In November 2012, he made his senior team football debut during his match against Sweden in Stockholm. Besides, Raheem scored his first goal for the 3 Lions during their match with Lithuania in the 2016 European Qualifiers, among other achievements.

Kevin is a Belgian football player who plays for the Belgian national team and the Manchester City football club. He began his football career playing for KVV Drongen at the age of 6 in 1997. With an annual payment of $29 million, Kevin plays the football role of central midfield.

Antoine Griezmann rounds up the list of the 10 highest-paid footballers in the world. He is a French footballer who plays the role of a forwarder for the France national team and the La Liga club, Barcelona. Also, Antoine is ranked as the 5th highest goal scorer of the Barcelona club.

Who is the Highest-Paid Footballer in 2022?

France and Paris Saint-Germain superstar striker Kylian Mbappe has overtaken Lionel Messi and Cristiano Ronaldo to become the highest-paid football player in the world, according to Forbes. The magazine stated that Mbappe will earn a record $128 million in annual earnings for the 2022-23 season.

In terms of raw effectiveness, you could argue Salah should sit ahead of De Bruyne, but in terms of the complete package, skill set, technical ability, physical merits, and mental toughness, De Bruyne may well be the No.1 complete footballer in the world today.

Who is Paid More Messi or Mbappe?

All you need to know about Ryelle Rondo 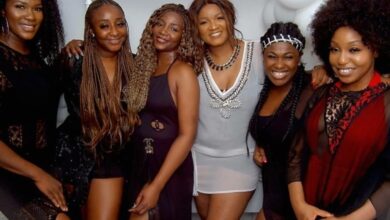 Most Popular Christian Music Labels in the World (Top 10) 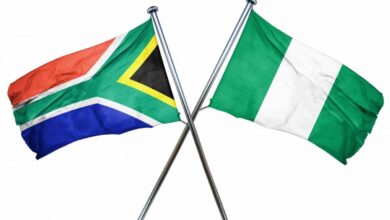 Countries that Produce the Best Music in Africa