Mussolini was an Italian dictator who rose to power in the early 1920s. He was a charismatic leader who promoted a Fascist ideology, and he quickly became popular with the people. Mussolini used his power to gain control of the government and establish a dictatorship. He passed laws that restricted civil liberties and suppressed opposition. He also pursued an aggressive foreign policy, which led to Italy’s involvement in World War II. Mussolini was eventually overthrown by his own people, and he was executed in 1945.

Who was Benito Mussolini?

Most people know Mussolini as the dictator of Italy who was overthrown and killed by his own people towards the end of World War II. But who was he really?

Mussolini was born in 1883 in the village of Dovia di Predappio in northern Italy. His father, Alessandro, was a blacksmith and a devout socialist, while his mother, Rosa (nee Maltoni), was a schoolteacher. Mussolini had two older sisters, Edvige and Armida, and a younger brother, Arnaldo.

The family lived in abject poverty and at one point were even forced to take in boarders to make ends meet. Mussolini himself later recalled: “We were so poor that often we did not have enough bread for all of us… My father used to go off early every morning looking for work, but often he came back home at night without having found any.”

Despite the poverty, Mussolini’s parents instilled in him a love of learning. He was an avid reader from a young age and went on to do well at school. In 1900, he won a scholarship to study at a local technical college but dropped out after just one year.

What did Mussolini do?

Mussolini was the founder of the Fascist party in Italy and served as that country’s Prime Minister from 1922 to 1943. He is considered one of the principal architects of fascism. Under his rule, Italy became a one-party state and embarked on an aggressive program of expansionism in Ethiopia and elsewhere. Mussolini also oversaw the rise of Nazi Germany and helped forge the axis alliance between those two countries and Japan. Ultimately, however, Mussolini’s ambitions proved his undoing, as Italy became bogged down in a losing war effort against Allied forces. In August 1943, Mussolini was ousted from power by his own Grand Council and arrested. He was later executed by Italian partisans.

Mussolini was the founder of Italian Fascism and one of the most influential leaders in European history. His vision for a totalitarian state in which all aspects of society were controlled by the government was realized through his aggressive domestic policies and expansionist foreign policy. During his time in power, Mussolini made numerous changes to Italian society and government, including the introduction of strict censorship laws, the creation of a secret police force, and the development of a cult of personality around himself. Although he is best known for his role in World War II, Mussolini’s legacy continues to be felt in Italy and around the world.

Frequently Asked Questions on what Mussolini did

What did Mussolini do while in power?

Mussolini oversaw a number of changes while in power. He instituted a number of strict, conservative policies, such as banning birth control and abortion and increasing censorship. He also expanded the military and made Italy more aggressive in its foreign policy. Mussolini also promoted a return to traditional values and a focus on the family.

How did Mussolini impact the world?

Mussolini was one of the most significant figures in the history of the twentieth century. As the founder of Fascism, he had a profound and lasting impact on the course of world events. His doctrines of totalitarianism and aggressive expansionism shaped the policies of Nazi Germany and other Fascist regimes, and his legacy continues to be felt in the 21st century.

What are some things Mussolini did?

Some of the things Mussolini did during his time as leader of Italy included:

What is Mussolini’s main goal?

Mussolini’s main goal was to bring about a fascist regime in Italy. He wanted to create a strong, centralized government that would be able to effectively rule the country. He also hoped to promote Italian nationalism and to make Italy a leading power in the world.

Benito Mussolini was an Italian dictator who ruled the country from 1922 to 1943. He is known for his aggressive military campaigns, as well as his domestic policies that limited personal freedoms and oppressed various groups of people. Although he started out as a popular leader, his regime ultimately led to Italy’s defeat in World War II, and he was killed by Italian citizens near the end of the war.

When did Nelson Mandela die?
Thanks for subscribing!
Tags
How did Mussolini impact the world What are some things Mussolini did What did Mussolini do while in power Who was Benito Mussolini
wpadminOctober 21, 2022
3 3 minutes read
Facebook Twitter LinkedIn Pinterest Share via Email Print

What to do in Madrid City

All you need to know about Joyce Dewitt 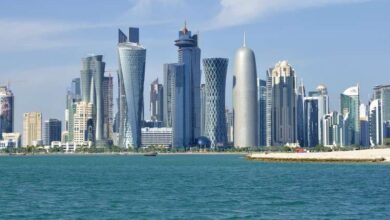 Where is Doha, Qatar Located? When did Hitler die? 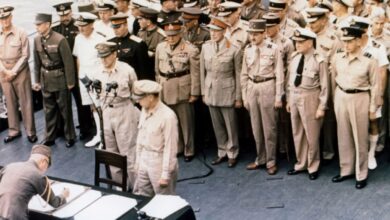 How did the WW2 End 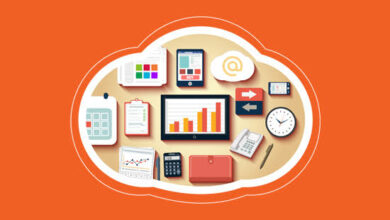